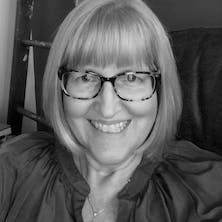 God saved my life through a blood drive

In early 2020, I started feeling prompted to begin donating blood again. I was a regular donor but hadn’t gone in a long time. I kept getting emails about blood drives near me but didn’t do it. Then Covid happened.

Later in the spring, Crossroads sent an email that the church was hosting blood drives in some of its buildings and I immediately signed up. It felt like God placed that opportunity in front of me. I did it and told myself that the next time I was eligible to donate I would go do it again. When I got the email that I was eligible again, I signed up right away.

A few weeks later I got an email from work that they were offering me a severance package to retire. It was clear that if I didn’t take it my job would change or I would be laid off within months. This was the company I had planned to retire from but I wasn’t ready at 57.

I was praying about that when 2 days later I got a letter from a doctor at Hoxworth that I needed to call as soon as possible. The whole thing felt strange from the second I touched that envelope, so I called first thing the next morning.

When I called, the doctor told me my blood type was changing, which doesn’t typically happen. She started asking all kinds of weird questions about how I’d been feeling. I had been fine other than maybe a little tired but I’d been working full-time and writing a book while helping with my grandkids. I had also been the caregiver for my dad who passed away the previous fall. It felt like tiredness came with the territory. She told me to see my doctor ASAP and call her back.

I called my doctor and couldn’t get in right away but set up an appointment a couple weeks later. On Monday, Hoxworth called again and the medical director reiterated that I needed to see a doctor now. They advised I have my doctor pay extra attention to my white blood cell count. I asked my doctor if we could set up bloodwork in advance so they would have results when I came in.

It has taken about three months to get a diagnosis of a rare form of cancer and put a treatment plan in place.

Looking back, I had a lot of symptoms that I ignored. The cancer I have can be serious and lead to all kinds of things if it’s undiagnosed. God laying out those letters within days of each other was like Him pounding on the door that if I wasn’t going to pay attention to my body He was going to make me slow down and notice. As the doctors asked questions, things started clicking like how in spring 2019 I started to feel weak and couldn’t even lift 5 pounds. There were other things happening with my body that I chalked up to aging and dropping my exercise routine.

The diagnosis I have is pretty bleak and can be a four-year prognosis. I probably had it for at least a year and a half before I knew it. I’ve learned that you can live with it for a long time, but there’s likely a bone marrow transplant in my future. That is very scary, but I’ve had a strange sense of peace that God was going to use me through this and I never felt alone. I felt like this is happening to me for a reason because this is going to be God’s story for someone else.

The drug to treat my bone pain, fatigue and other symptoms is $2,600 per month. When I called to get the prescription there were lots of problems including the concern that our income looks inflated because of my severance package. I prayed for God to make this easy and it’s actually only going to cost about $25 out of pocket. Of course He made it all work. I started the medication and the next day my energy level was completely through the roof compared to what I had been feeling.

There have been many blessings of my community at Crossroads and my family supporting me. I just feel so loved and who can feel sad about that? All of the people I’ve met through my years at Crossroads have been put in place for this moment because they’re covering me in a huge blanket of prayer and support.

I’ve had fear try to creep in but when it happens I start to worship and be grateful.

A transplant isn’t imminent but depends on how my body does, so I’ll take all of the prayers I can get to stay strong and be guided to the right next step. God will make it happen if it’s supposed to happen. I’ve seen Him do so many great things that I know He’s there for me. -Mary M.