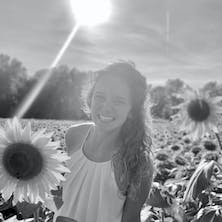 Surrendering my emotions allowed me to trust God in my stress

I’m a doctor of physical therapy student who was set to graduate when the coronavirus began shutting things down. In order for me to begin practicing, I have to pass a five-and-a-half-hour exam called the NPTE. The test was supposed to be held April 28, but on April 13 we found out that it was being cancelled. I gave that news up to God and was ok, even if it meant I would have to wait until the next known testing date in July to take it. Even if I had to wait until August to get a job and start paying off loans. I had faith He was Jehovah Jirah, the God who provides.

Five days later we got another email. New approval letters were being sent out to reschedule for May, any day in May. However NO test days were available, all of the sites for testing had max capacity from other tests and other people. So we all waited, refreshing our screens every hour, hoping something would open. When two of my friends got slots and I didn’t, I finally broke down. I knew I wasn’t the only one going through this, I knew others were going through so many worse trials, but I was broken. Tears flooded, anger and frustration rolled in. It’s that storm you can’t tell Mother Nature to push away.

These storms come more often than I wish they would – it’s either a room full of tears and helplessness or an adult temper tantrum where I truly cannot express how I feel with words so I express it with bitterness and silent anger. I’m thankful for these emotions (sometimes) because they remind me I’m human, I’m a sinner, and I DESPERATELY need a savior. In my overwhelming emotion I’m left to lay down at Jesus’ feet, worshiping him, asking for help, or simply crying because I don’t know really what to say or why I feel the way I do.

Through my tears I felt Him say, ‘I am here, do you trust me? You asked me to send you, do you need to know when or why or how, or do you trust me? Am I enough?’ My tears silenced a little and I rested in that. If I believed Him, if I trusted Him, this would all seem so light, so trivial, yet a part of me wanted to hold on and control something so it and I didn’t all break down.

I had to return to Him again and again because I couldn’t control it, I couldn’t control anything. Worrying was pointless and my frustration and tears would only lead to hurting others around me if I left them hanging up in my heart. Instead, I let my emotions lead me to a Father who cares for me and who wants to show me He is faithful. There I surrendered again. And the next day again.

I finally got a slot a few days later for May 1. While there were even mixed emotions about that, I know my God is faithful and that ultimately leads me to joy and peace. -Christy L.