Linked by faith and a kidney

The night before her 20-week ultrasound, Elizabeth Rogers had a dream that there was something wrong with her unborn baby’s kidneys.

She woke up thinking, “It’ll be OK. There will be two of them. It’ll be fine.”

But she soon learned that it wasn’t fine. There were, in fact, complications with his kidneys. One of the options the doctors gave was to terminate the pregnancy.

But she and her husband, Greg, had seen him. They’d heard his tiny heart beating. They decided then that they would do anything for their baby.

Henry was born in the spring of 2016 with kidney failure and underdeveloped lungs. He spent 127 days in the neonatal intensive care unit (NICU). The road ahead was long. 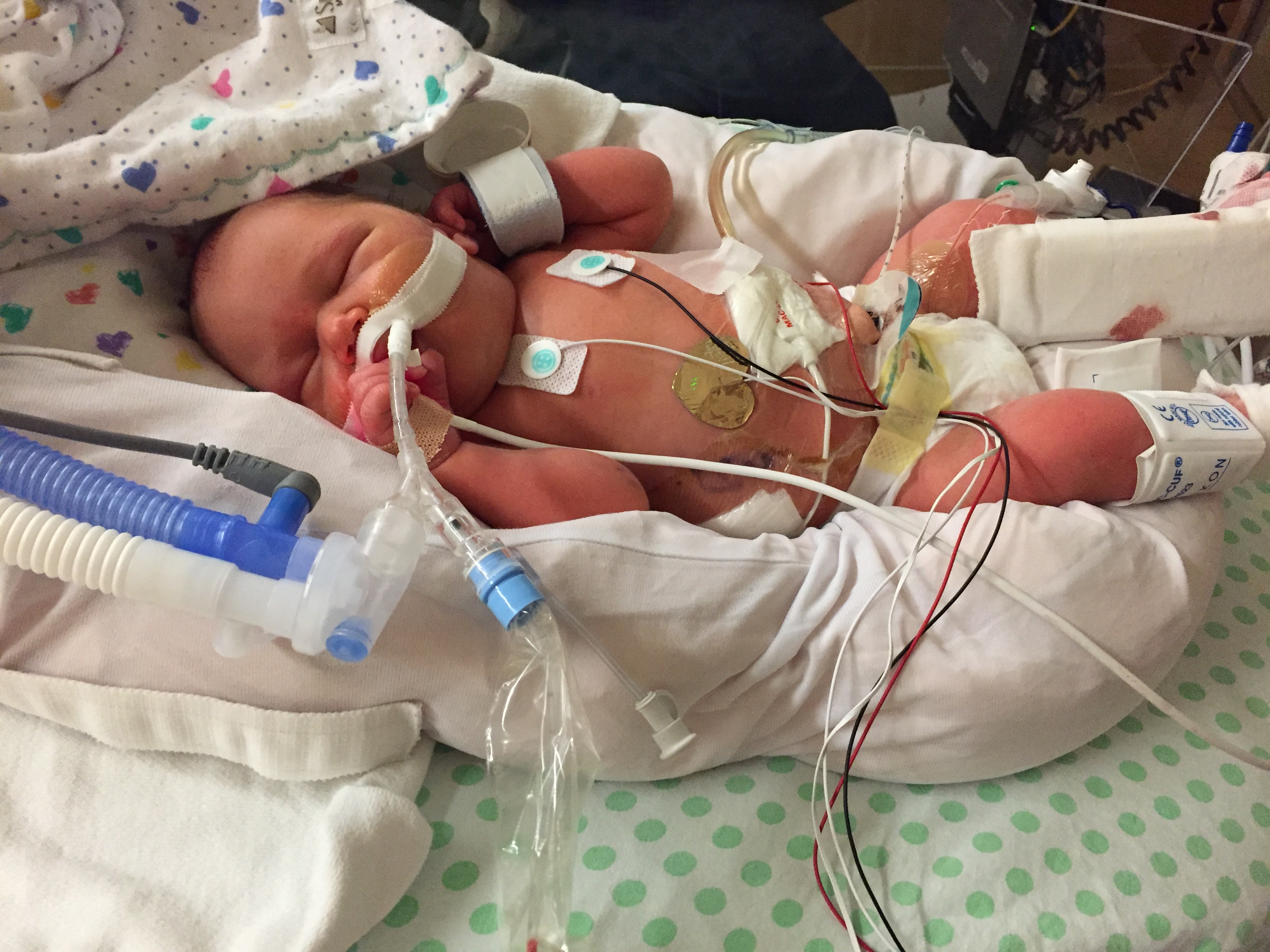 At that same time, Baby Henry’s mom, Elizabeth, and eight other women from a church called Crossroads, most of them strangers who had never crossed paths, had just started meeting weekly as a group in her home. They connected through the Group Tool on the Crossroads website. The Group Tool was simply a way for people to make friends or find community around a topic, neighborhood, or interest. The thing they had in common? Tuesday nights.

Amy Miller was one of those strangers. A wife and mom of two boys, this was the first time she had ever joined a small group of women through the church. And she was terrified.

“I’m still going to cry talking about this, and it’s years later,” she said to me through tears. “My little brother was dying. My husband was out of work. It was just a really hard time in my life personally.”

So on a Tuesday night in that same spring of 2016, Amy drove to the first meeting. She parked the car, but didn’t get out. She sat there looking up at the unfamiliar house she was about to walk into and prayed.

God, let this be your will.

They sat down around a table and each woman introduced herself. As they did, each one—each stranger—seemed to be linked to Amy’s life. One had a husband out of work just like hers, another woman’s best friend was fighting cancer, just like Amy’s brother, several were struggling with work/life balance, just like her. Each had a story that Amy immediately related to.

It was that first night, around that same kitchen table, when Amy met Elizabeth and learned of her newborn baby. A fragile boy named Henry, who was miles away from their home under around-the-clock care in the NICU.

And Amy learned he would need a kidney.

“Amy was just like, ‘Oh! I’m the same blood type. I can give mine!’” Elizabeth recalled.

“Elizabeth looked at me like I was completely crazy, and she flat out told me no,” Amy said laughing. “I went home that night and told my husband what I’d said. And he told me I was crazy, too.”

After four months, Henry was healthy enough to come home. Their family entered into a new reality centered around his care. Hooked to machines on dialysis for 10 hours every night. All feeding through a G-tube sending nutrition directly into his stomach. Avoiding water in order to prevent infection in his catheter. Little sleep. Constant vomiting.

“I remember once walking into the grocery store, and as soon as we got inside, Henry threw up,” Elizabeth told me. “People gave me mean looks because I brought my sick son out in public. But he wasn’t contagious! It was just a reality of his life. I turned around and left without buying anything. I felt so judged by people.”

“We tested and exhausted everyone in our family,” Elizabeth said.

It was during one of their next Tuesday night women’s groups that Amy felt she still wanted to be tested. “Give me the number,” she said. And she called on her way home that night.

The medical process to be approved as a match for transplant was extensive. But so was the much more personal approval from Amy’s family.

She started with her kids. Her two little boys.

“God uses my family to teach me a lot,” Amy explained. “One of my boys is such a thinker. He asked me so many questions. ‘What is Henry’s life like today? What will it be like after surgery? How does it work to take something out of you? Will I still be able to hug you?’”

Her youngest son listened to her answers as tears welled in his eyes. Then he said, “Mom, if your kidney isn’t a match, Henry can have mine.”

For Amy’s husband, Reed, the conversations were much more complicated. This was her calling. He was processing this possibility much more practically. His wife and the mother of his children would undergo major surgery to give up a kidney? Would she be OK? What would recovery be like? He wasn’t so sure.

As Amy got further into the testing process, the stakes got higher.

“When those words come out of your mouth, it makes the risks feel very real,” she said. “I was doing this to save Henry, but the reality was that I could end up in his place. But so many other people had been tested and rejected. If this was God’s will, he will open the door.”

Amy soon got the call. She was approved as a match. The last step was for her to give her final consent. Even through all the months of testing, waiting, and praying, this would be the hardest hurdle to clear.

The next Tuesday night, Amy met with her group. These were the women who had been right alongside both her and Elizabeth for the past two years. They had built into each other, encouraged each other, shared so many moments that brought them so close. Once strangers—now like sisters.

The weight on Amy as she walked into the house that night was heavy. She knew she needed to talk about what was going on. Her husband was so unsure about her going forward with the transplant.

“I walked in that night with tears in my eyes,” she said. “How do I choose between what I’m hearing from God and my own family?”

“Everyone just laid hands on me and they prayed,” Amy said. “That experience was so surreal; I can’t even explain how powerful it was to receive those prayers.”

The very next night, Amy and her husband Reed had a long conversation. His heart was changing. “I love you, and I love the heart God gave you,” he later said. “I will support you in this.”

For Amy, it was an answer to those powerful prayers from her group. And the greatest example of love her husband could’ve shown her. He chose to step aside and was giving God all control.

There were tears the day Amy told Elizabeth she would officially say “yes” to saving little Henry. It was two years to the day of that fateful 20-week ultrasound. The one where they discovered tragedy, and yet chose to trust.

To Amy, that perfectly aligned timing was just one more stamp from God, saying this was his will. A clear answer to that prayer she first said in her car so many Tuesdays ago.

“He’s always putting the pieces together. Even if you can’t see it, He just says to trust him,” she told me.

Fast forward. The transplant surgeries happened flawlessly. Both Amy and Henry are home and life is slowly returning to normal.

A new normal for Henry, that is. Sleeping without being hooked to dialysis machines. Going on long walks after dinner. Dancing in the rain. The little toddler who once was partially wrapped in plastic around the toy water table for fear of infection is now learning how to splash his big sister in the bathtub.

“We cried so much when we gave Henry his first bath ever,” Elizabeth said. “It was such a special moment.”

Amy says she’s in great health and reflecting on how she’s been blessed with an amazing community of women through Crossroads. “These women are truly a sign of God’s love on Earth. While I was in the hospital, they cooked meals for us, played with my kids, prayed and laughed with us, even snuck in contraband wine. We’re not alcoholics, by the way,” she laughed. “We just keep life real.”

“I’ve had friends in my life, but not friends like these women,” Elizabeth agreed. “Drop anything, do anything, pray anything. Be with you at your lowest. These women are so special. It can be scary to join a group, but when you open up and become vulnerable, God shows up in your life.” 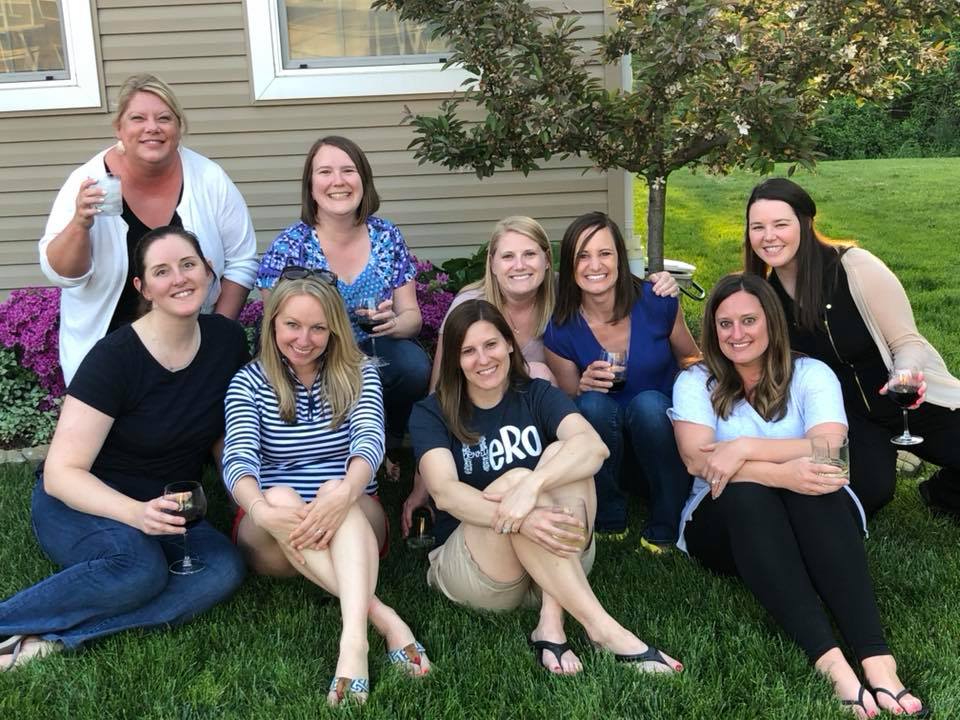 Through it all—the dreams, heartbreaks, choices, and struggles—Elizabeth always trusted that God had a plan for her son. One Bible verse has been her strength.

For I know the plans I have for you, declares the Lord. Plans to prosper you and not to harm you, plans to give you hope and a future. Jeremiah 29:11

When Amy looks at Henry, the little blonde-haired boy with sparkling eyes who now has a piece of her inside of him, she can’t put the feeling into words.

She reflects back to the simple prayer she said in her car so many Tuesdays ago.

God, let this be your will.

It was a prayer whispered in a moment of fear, before opening the door into a group of women who would soon become like family. And a prayer that now means so much more.

“When I see Henry, I just sit there and smile like a fool for no reason,” Amy said. “It’s just pure joy. That kidney—I didn’t need it. It was just a spare.”

THE POWER OF CAMPING

NEW YEAR, NEW YOU, NO NUDES

DON'T BE A POLITICIAN AT HOME