Confessions of a high school dropout

I was a high school dropout, determined to show the world I could make tons of money anyway. I did it, and then I gave it all up.

When I turned 18 in 2001, I was attending a Blue Ribbon high school in Cincinnati, Ohio. My class size was about 300 students, and my GPA was ranked second to last in my class. I needed half of a credit to graduate, and the guidance counselor told me that I would not be able to participate in graduation. I needed to take gym over the summer, and then they would mail me my diploma. Naturally, I told her no thanks, and I wanted to withdraw myself from school. Before she let me sign the papers, she first wanted to give me some “guidance.”

She said that this single decision would be one that I would regret for the rest of my life. She told me how much she hated that the law allowed me to do this without my parents’ consent or the school’s intervention. My response to her was, “I know that I won’t regret this decision, because the data that I have at this moment is all the data that I have to make this decision. If I get more data in the future, I won’t look back on this decision and conclude it was a poor one simply because I gained more information.” She gave me a disapproving look and handed me the papers to sign, and I went home.

That day, I made a promise to myself to earn more money than the average couple in America. The income of married-couple families was $60,471 at the time, so I decided that I would make a goal to earn six figures by the time I turned 30 and without a high school diploma, GED, or college education.

So I set off to earn my living according to the American Dream. I wanted the corner office in the high-rise, luxury cars, a house, kids, toys, vacations, fancy wardrobe, etc.

Computers had been a hobby of mine since I was 12, so I decided to get into the Information Technology industry. I’ve been fired, I’ve quit, I’ve worked on autopilot. I’ve spent late hours and long weeks, all in the name of hitting my financial goals. By the age of 26, I was earning $70,000 a year. I moved onto working at a local bank in the city at the age of 29 earning $80,000 a year as a base salary. With a raise, bonuses, and profit sharing, I hit my goal (well, close to it) of six figures at the age of 31 as a high school drop-out.

My response? I felt empty. 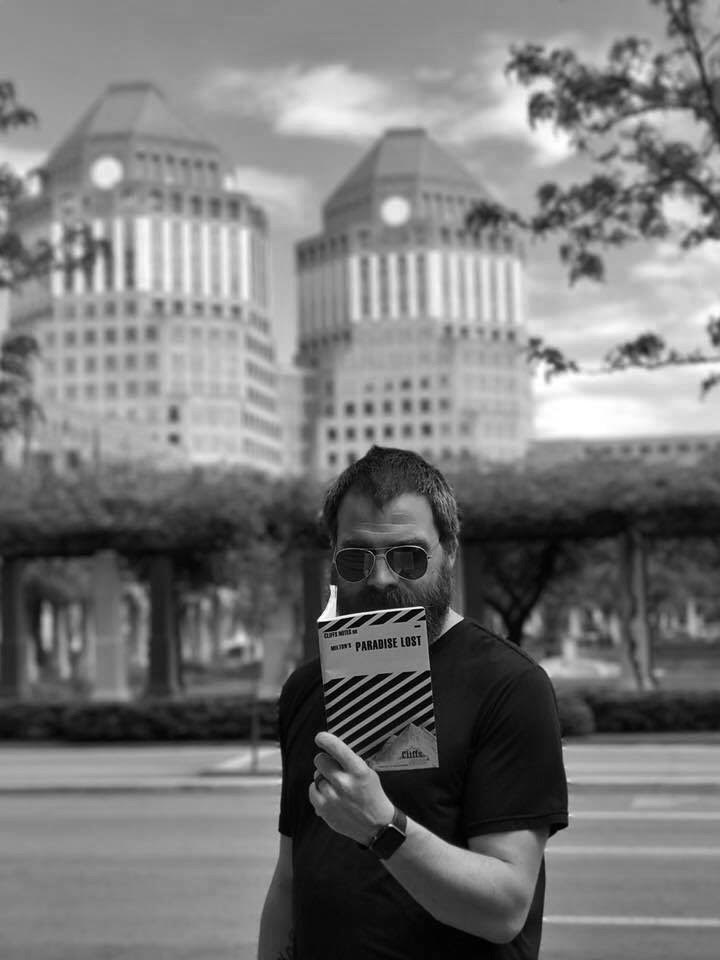 I self-medicated. I escaped. Don’t get me wrong: It WAS fun at first. The Benz, the GQ wardrobe, the vacations, the status. OK, my status wasn’t Amazon CEO Jeff Bezos personal net worth of 134.7 billion dollars, but the average dropout annual income is $20,241. I was earning 61% more than the average married couple in America was earning without any higher education, high school diploma, or GED.

At the end of that same year of hitting my financial goals, I walked into a local church for the first time since I was a teenager living with my parents. I lived a life up to this point as a non-believer in Christianity (or any religion for that matter). I was right there with John Lennon’s “peace and kindness and let me do what I want” philosophy embodied in the 1971 single Imagine.

In October 2013, I started attending church. The next month, I gave in to Jesus and was baptized. By December, I seriously wanted to be involved with this church and support what they were going after.

Wonder of wonders, I was presented with an opportunity to work for this organization…for exactly half of what I was earning at the bank. At this time I had divorced and remarried, had two kids from the previous marriage (child support, of course), and one baby with my lovely wife, Sarah.

What will a guy do who has chased money his whole life when he’s offered the chance to trade it in for something he feels called to do? It was a huge moment in my life…but I didn’t hesitate. I was on a path with Jesus that was worth far more than money had ever been, or ever could be.

Sensing God was in this and that I’d know Him better if I jumped, I took the job in February 2014. When I went into work at the bank to tell my boss and put my notice in, he offered me even more money to stay. I said, “Actually, I will be earning a lot less than what I am now; this isn’t about money.” There was silence, and then he said, “Well, I guess you’ve made your decision. If you ever want to come back give me a call.” I am now about to hit my fifth anniversary at the church making about the same as I did when I started. And I am more joyful now than in all the 36 years I have been on this planet. And guess what? It’s not because of money.

I’m richer than I could have ever dreamed. 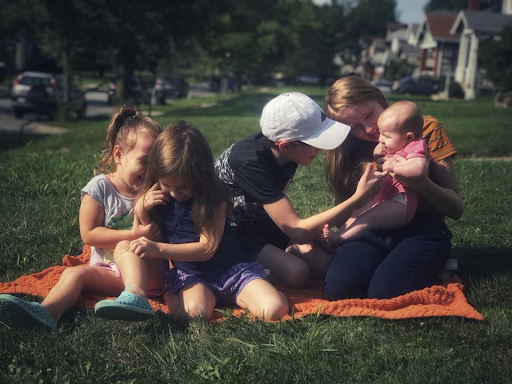 I’m married with five children. Don’t get me wrong; Our family had to adjust to a new living standard, and it was bumpy. But looking back, I haven’t dug up in doubt what I planted in faith. You like that one? One of my favorites by Elisabeth Elliot.

Money is now a tool, not my purpose. Keeping up with the Joneses? Nope. Stressing over debt? Nope. If I can’t pay cash for it, then I can’t afford it, so I don’t buy it. I couldn’t charge it if I wanted to, because I don’t own a single credit card. In January of 2018, I was offered a job making more than double what I was earning at the bank.

I turned it down; no regrets.

When I weigh the pros and cons of the higher salary of my recent job offer compared to the spiritual growth I’ve experienced, the community that has come around my family and me, the knowledge and resources we’ve been provided, having normal/healthy work hours, and all of the priceless love we enjoy, I wouldn’t give any of it up for anything–especially money.

Our family actually does the opposite of hoarding now. We tithe our money (meaning we give 10% of our gross income) to our church and participate in our church financial campaign (which means going over and beyond the 10% tithe). Again, don’t hear what I’m not saying. It’s not out of pride or obligation, but from joyful generosity that we learned from others around us. Money is only a tool to us now, no different than a hammer.

What is important to me now and has become my new goal, is first leading my family to have a healthy spiritual life. I want them to live freely. I want my kids and grandkids to have a healthy spiritual life beyond me. Finances are taught, of course, but not above the importance of our relationship with Jesus, our relationships with family, friends, and community, taking care of our physical health, and seeking wisdom & knowledge. In that order.

I don’t regret only having made it past 11th grade. I don’t romanticize the salary I turned down, which would be more than I ever set out to make (586% more than the average salary and 150% more than my original goal).

I’ve just found that once I let go of the control that money had over my mind in a tangible way, I began to understand my true identity and what was truly real and what mattered.

All the money pulled together in the world can’t purchase that.

Process, journal or discuss the themes of this article - here's a few questions to get the ball rolling...

0 people are discussing these questions

You must include at least one person

Got it! Enjoy your discussion.

I GOT 99 PROBLEMS AND GENEROSITY IS ONE

MY HOPE FOR MY FINANCIAL FUTURE