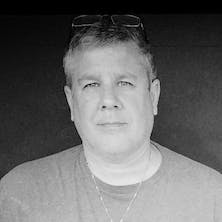 My business was destroyed by Covid, but I'm not worried

It took me 16 years to build my business and it completely shut down in eight days as stay-at-home orders took effect. As a freelance corporate photographer, I work with clients who have had to make tough decisions about their businesses and I know that some of the earliest cuts to their budgets will likely be photography and marketing operations that I’m part of. I have felt all along that I’ll eventually get my business back, but it’s going to be a matter of who’s left standing and I’m realistic about maybe doing something else in the future.

I haven’t complained because I know that God has a plan to take care of me and my family and he has already shown up to do that. For example, I already had several invoices out for large projects that provided enough income to cover our expenses until now. I’m also now eligible for unemployment due to a change in government programs that didn’t include gig workers before.

More than anything, I believe God is using this time to open up different avenues that he probably wanted me to go down to begin with that I didn’t have time for before coronavirus. I’ve been leading a class leading people through the Bible online, hosting Zoom calls for third-, fourth- and fifth-grade students from Kids’ Club, and I’m preparing to launch into a small groups study on the life of Paul. I’ve tried to look at it as an opportunity to do other things because I have time on my hands that I didn’t have before.

The promise of John 16:33 has resonated for me most during this time: “I have told you these things, so that in me you may have peace. In this world you will have trouble. But take heart! I have overcome the world.” As a believer, I know that I have hope and there’s more than this ahead of me. -Tim W.