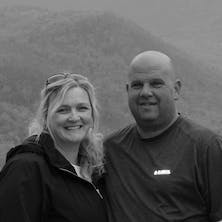 One miraculous moment and the Crossroads community saved our marriage

We were separated for 2.5 years. Not separated as in just taking some time away from one another to regroup, but separated with the intent to be divorced. With notarized signatures on the divorce papers, we were only a few postage stamps and a quick trip to the post office away from finalizing the end of our marriage. But the Lord who does mighty and miraculous works and the people of Crossroads who were walking in their faith journey stepped in. That’s the only way we can explain it. It was God, and He sent His people to reach us and show us the way to save, then ultimately thrive, in our marriage.

It unraveled very slowly. Like many other couples, we simply did not prioritize our marriage. We were just going along doing what we knew which was to ‘put the kids first’ – code for avoid any unfamiliar marital territory of building into one another. While living in the throes of raising children, we were sore examples. An easy way for Mark and I to hide out from one another and keep our marriage off the radar was to busy ourselves with the kids’ schedules. Later we would discover it’s because neither of us knew how to be a good spouse or vulnerable with one another. At least not in the way that takes relationships to the next level and beyond. Beautifully though, all 4 of our kids, who now range from 15-30, are resilient examples of overcoming the pitfalls of hurting parental figures.

During those years, Mark was drinking a lot, typically a 12 pack per night, while I worked and played recreational sports a lot to numb out. The vicious cycle of keeping busy to avoid one another with all of our “parenting responsibilities” continued. We had nearly no skills of working through any of the hard stuff that came along in our lives. Resentments grew one upon the other. No surprise when we spent our time building our marriage solely around the next sporting event for the kids, or the next distraction (party) for us. Eventually, this recipe of poor decision making, no conflict resolution skills and the pain of staying in the marriage seemed too great a risk with no reward and we separated.

Mark moved in with his parents, continued to drink heavily, and would come visit the kids during his sober hours. The turning point came when I decided to move into a new home where the kids and I would make a fresh start. Mark must have finally seen the writing on the wall when he told me, ‘I’m going to move in with you.’ I laughed, really hard, and said VERY flippantly, ‘we are literally never getting back together. We have tried everything. Except God, we haven’t tried God. Do you want to try God?’ Just as the words left my mouth, there was a sense of what did I just say? The thought had never crossed my mind before. I was shocked when I said it and even more surprised when Mark said ‘Yes. Let’s try God.’ Neither of us even knew what that meant or the next steps to take. But we had been invited to Crossroads, so that became the next step.

We made an agreement to give God and church a one year trial period. But the security of the divorce papers would sit front and center on the hutch in that large, bulky manilla envelope as a reminder that it could all end at any time. We started attending Crossroads weekly services and working on ourselves individually. I was challenged by a friend not to say a thing about the drinking and take it off the table for six months. Part of being an enabler was feeling like I had a right to chisel away at Mark and his drinking problem and defend myself. After a few weeks of meeting that challenge, the thought never crossed my mind again. I was working at a personal development company at the time and asked Mark to attend a retreat to help with his alcoholism. He waited until the very last event of the year, which was also the 11th month of the one year agreement. Mark drank as much beer as he could the night before and hasn’t had a drink since. That was November 12, 2013. The only explanation he has for it is God. Even in the moments that following week when he was highly tempted to drink, Mark heard a voice saying, ‘You can do this, you can do this.’

After that, everything had to change. We had to learn some things and focus on whether the people in our lives and the things we were doing were serving our future and where we were going or if it represented our past behaviors and hurts. We also had to unlearn many, many things and determine which system we would operate from going forward. This became a tool and question we would ask of ourselves when working through some hard things that we still use.

That year we opened our home to some neighbors and strangers to lead a journey group. We had no idea what we were doing, but being around those people was incredibly helpful. Then I joined a Moms group because of a big screen promotion that aired during service. I would eventually lead a table of other Moms. When I felt the need to go deeper, one of the women I knew through Moms connected me to an ongoing Women’s group where I would continue to be sharpened by other women in Christ and cement my relationship with God.

Mark also attended Man Camp, which was life-changing. His faith was increased immensely and he felt God’s support despite being surrounded by opportunities to drink. A lot of the men in his group also had drinking problems and he was able to speak into them and share his journey and how he stays sober by putting his faith in God and having a strong family to support him. It really solidified the change that had taken place in him and made him even more thankful for his journey to sobriety.

After Mark’s amazing camp experience, we decided to try Couples Camp despite my reservations. After a sleepless first night, we learned a lot about what each of us needed in this situation and could apply it to other parts of our lives. The second night was much better as we connected with our group and even got to share some of our story on a video that was later shared at Oakley. Since then we have switched to attend Uptown with a group of people we connected with and love dearly. We have real friends who ask real questions, hold us accountable, and sharpen us in the most profound ways. It’s refreshing.

The throughline has been getting ourselves involved in different things even if that makes us uncomfortable – leading a group when we had no idea what we were doing, joining Moms and Womens, and going to camps. Crossroads has provided us time and time again with opportunities to dig in, get into community, and find a fit for what we’re looking for. There have been countless people in the Crossroads community who have been there to guide us along the way. They’re people who said yes to what God was calling out in them that then called out things in us. We want our story to be less of a story about alcoholism, enabling, and overcoming difficulties in marriage and more a story of other people’s obedience and how their faith and sharing can change the lives of strangers. We are thankful for all those who said yes to follow their faith journey and use Crossroads as their vehicle to deepen personal relationships with Jesus. We consider ourselves part of YOUR yes story.

All testament is to God for sure. We still marvel at the moment when I asked if we should try God and that the answer was yes, let’s go to Crossroads. It continues to be our place of connection, where we go when we need something – encouragement or connection or spiritual challenge. We don’t always expect divine intervention, but that one moment was nothing short of a miracle. -Tracy and Mark B.