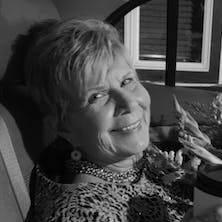 I received miraculous healing through prayer

After about a year of experiencing some cognitive and problem-solving difficulties I went to a specialist to see if I had Alzheimer’s. Following five hours of interviews and tests over two days the doctor gave my daughter and I the good news/bad news. We were beaming when we were told it was not Alzheimer’s, but our hopes were dashed when we were told my diagnosis was much more grave. I was diagnosed with Frontal Temporal Dementia (FTD) with the behavior variant. It’s a devastating dementia combined with eventual unpredictable antisocial behavior. I read everything about the disease I could get my hands on, left most of my volunteer roles at Crossroads, got assistance with my job, and started exploring nursing homes that I knew I would eventually need.

Six months later Crossroads encouraged groups of people to have dinner together and get to know one another at someone’s house. I was assigned to have dinner with 8-10 total strangers. We had a lovely dinner and learned about one another and our connections to Crossroads. I shared my diagnosis and a little bit about the disease with the group.

Toward the end of the evening two women who seemed to have a deep spiritual connection asked if the group could pray for me. They gathered around me, laid their hands all over my head and shoulders and started praying out loud. They prayed over me for several minutes. Heat was coming out of what seemed like every pore in my head. It felt like it was going to burst open and I was weeping, but I wasn’t afraid. I was whipped and dazed when it was over.

I didn’t notice any abrupt changes, but without realizing it at the time, my body was releasing the ‘poison.’ I was very gradually having clearer thinking and increased abilities. A few months later I was back to performing my job without confusion and making complex plans and decisions that I was unable to do a year earlier. It was about then I realized I no longer had the negative cognitive issues and those ‘random’ people at that Crossroads dinner weren’t random at all. They were chosen by God to be part of my healing. - Julie S.