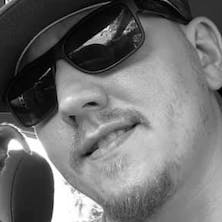 God is using my broken past to guide others

I was raised by my dad in a small town in Southeast Kentucky where I graduated in a class of 30. My town was filled with churches and extreme religion where people said if you did certain things you were going to hell. Because of that, I didn’t want anything to do with religion starting at a young age.

In high school I started chasing girls and rebelling. Right after high school, my girlfriend got pregnant so we got married. I started working in the coal mines while she was studying to be a nurse and we had two more kids. Then, things started to get bad. I got laid off from my job and I found out that she was cheating on me. I couldn’t provide for her and didn’t know how to fix our situation, so we started going to church. I got saved and baptized at that church, but my relationship with my wife never got better. She ended up taking the kids and we got divorced.

After the divorce, I still couldn’t find a job, so I ended up moving to Georgetown to work for Toyota. While I was working there, things started to look up, but I didn’t have Christ in my life. I met my current wife through work and she said she only wanted our relationship to get serious and turn into marriage one day if Christ was at the center of it. I wanted the furthest thing from that because I had been let down by religion so many times, but I decided to give it a try.

We visited Crossroads Florence, and as soon as I walked in I heard people talking about beer and I was wondering what I had walked into because it went against everything I had known about church. I was kind of leery, but we kept going and I started liking it more.

Eventually, we got connected to the Crossroads Georgetown community and got married. In the beginning I mostly kept my head down, but Griff started pushing me to get involved in community, so I joined a small group. That group really opened my eyes and being part of it made me realize that Jesus loves me no matter what. I had been raised with a grandma who told me that if I cussed and had tattoos that I was going straight to hell, which messes with a kid, but I learned that wasn’t the truth.

After getting involved in that group, my life started getting better. My wife and I did FPU and got our finances in order and I have another chance at having a family. I’ve served in Kids’ Club and on the First Impressions team and I’ve shared my story from stage. One of the most humbling moments for me was when another guy in our community was having a tough time and started drinking a lot. I reached out to him and told him most importantly that we love him and then I shared my story of what I had been through. It showed me I’m not the only one who has gone through this stuff and I was able to take him under my wing and got him a job where I work. Now, we’re best friends. We’re always feeding each other, pushing each other to be better, and holding one another accountable.

My relationship with God is the most important thing to me because it’s the only thing we have to look forward to. This life and the world are all good but we have eternal life in Christ. -Brandon W.