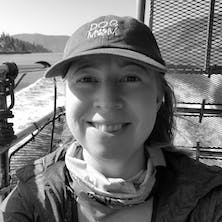 I am ENOUGH. That is what God taught me during the 2017 I AM Journey. In Week 2, Chuck said it was going to be a hard week and that we’ll need to LEAN IN during uncomfortable times. He said that many of us will hear the voice of God. Boy was he right.

During that week I got a Facebook friend request from an old friend that I had not spoken to in nearly 13 years and I immediately knew it was no coincidence. My heart dropped and I was scared and confused. Why, God? Why would you open up old wounds? I fought it all week, but my heart was heavy and God wasn’t letting me out so easy. I compromised by writing this person a letter that I didn’t plan to send, but God had other plans. On Friday of that week, a day before my birthday, God said, “Trust me. Send it.” So I took a deep breath and clicked send. Within 30 minutes, the guy who raped me when I was a freshman in college and caused me so much pain, guilt, anger, and all the other emotions called me in a video chat. That was the day God set me free.

I don’t remember much of what was said, but I felt the presence of God in that moment like never before. At the time I didn’t realize how much weight I had been holding onto until it was released. The chains were broken and I sobbed. I felt an unbelievable sense of relief and was filled with warmth and joy. Here it was the second week of the Journey and God was supposed to tell me who he created me to be. He was telling me to be free – that I couldn’t possibly be who He created me to be until I forgave and put my trust in him. He showed up in an unbelievable way and I’ll never forget it. By the end of the journey, I knew he was telling me I was ENOUGH. -Amber M.