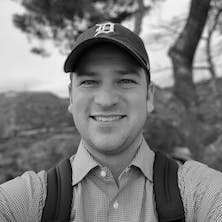 God redeemed a lie that I carried for years

If you were to have asked me what faith has to do with my emotions a few years back, I would have probably shrugged and said not much. Faith has always been part of my life, but until 2014 I was more of a passive participant in my faith when it came to prayer and living it out.

In 2014, I finally told my wife and family about the fact that I had never finished college like they thought I had 10 years prior. It was a huge lie I had been carrying with me, and coming clean meant that I had to come face to face with some very real negative emotions – something I typically like to avoid. In that moment, I had two choices – to either lean in to those negative emotions and let it be a driving force to fix what I had done or suppress them and let them consume me to a point of darkness.

It was by faith that I allowed God to show me that this mistake was not beyond redemption and that negative emotions did not have to consume me but could be a catalyst for pursuing His goodness more in my life. When I leaned in, I was met with more grace than I felt I deserved and found freedom from that lie I lived.

Since then, I’ve leaned into many more “negative” emotions that I would have typically run away from or stalled from pursuing like the adoption of our children, new jobs, and house moves. Because I leaned in, I’ve experienced a lot of goodness in my life that came on the other side of what looked too negative and too daunting. - Elliot B.