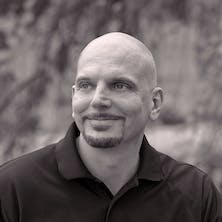 I'm leaning into God's promises as I struggle for my life

For me, the “bad times” began in 2015 when I was diagnosed with a supposedly fatal incurable blood disorder. I went through nine months of blood tests trying to determine what was wrong. One doctor said, “Dan, normal blood tests do not look like this. I don’t know what you have, but it is bad. You should prepare yourself.” I typically don’t worry about things and spent time seeking God. My kids were out of the nest and one chapter of my life was over. Was this the time for me to go home? I felt like God said, “Dan, you can choose if you want to live or die. If you want to live, you’re going to have to really fight for it.” As I talked to my daughter, Lauren, about this, she said, “Dad, you can’t die. You have many gifts to offer the world. And you can’t be sick and weak either. You need to be the super dad that you have always been.” I believe that at that moment, I received the faith that I needed to avoid dying.

The next few years involved near-death experiences, many hospitalizations, several times that my spirit left my body, damage to many of my internal organs, and losing most of what I had in my life. Over the five years since the diagnosis, I lost my job (due to medical disability), which cut my income in half. I went from a large house to a small apartment. I gave away 95% of my possessions. Instead of doing “insanity max workouts,” I crawled around on the floor due to extreme lightheadedness and threw up while trying to not pass out. The medical issues led to relational issues. Through years of trauma, my faithful wife began to lose hope for my recovery. In late 2018, my 24-year-old daughter, Lauren, died a few months after giving birth to our first grandchild. Six weeks after Lauren died, my wife of 30 years left me. Now, I am in the midst of a painful, confusing, and expensive marriage dissolution.

In the midst of the pain, in the midst of the loss, in the midst of despair, the Lord and the Crossroads community have stood by my side and strengthened me (2 Timothy 4:17). My faith in God and my understanding of the Bible have grown immensely over the last five years. I’ve spent a lot of time studying scripture. During some sleepless nights, I would literally repeat a Bible verse hundreds and hundreds of times. My previous men’s group continues to pray for me and several members of the community have dropped everything to visit me in the ICU. Crossroads Anywhere was there for me when I was the only Crossroads community member in Rochester, Minn., and now that I relocated to the Mayo Clinic in Jacksonville, Fla., I am part of the Crossroads JAX community as well as several Zoom-based small groups.

The experiences that I’ve had over the last five years have been bizarre and insightful. They would fill a book … and yes, I am writing several books right now. It has helped me see how important it is to build a firm foundation during the good times: “Everyone then who hears these words of mine and does them will be like a wise man who built his house on the rock. And the rain fell, and the floods came, and the winds blew and beat on that house, but it did not fall, because it had been founded on the rock.” (Matthew 7:24-25) -Dan S.