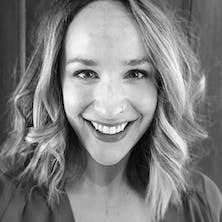 I once was plagued by fear. Fear of doing the wrong thing, fear of disappointing anyone and everyone, fear of hurting others and being hurt. Fear of being seen as stupid, too much, of having an opinion that rocked the boat. Fear of death – definitely the fear of death.

Slowly, God began unpacking these fears, one by one picking them up and taking them away from me. First, the fear that I couldn’t be forgiven. He ripped away that lie through Undivided and the Undivided Justice Team. He showed me a path towards repentance and reminded me that I don’t need to be perfect but I can repent and walk in freedom. A life spent being silent in the face of racial injustice can be turned completely around by the power of God.

I was afraid of speaking up, and then he opened up a calling for racial justice in my heart that couldn’t be silenced. The Play & Purpose journey showed me I was entering into a season of using my voice. I felt quite sure of that and yet the fear of being found out as not enough crept up. The trolls I anticipated would mock me were actually meanest in my mind. God brought friends and coaches by my side, who kept asking me if I would share my story. Would I speak at a conference? Will I speak to the reporter who wants to hear what God has done in my life? Will I speak in an OpEd that ends up in the New York Times? The fear is quieter now. It used to scream accusations like, “You’re not qualified.” Now it’s replaced with, “I might not be qualified but I sure as heck am called, so God will give me the words.”

God has replaced my fear with freedom and trust. Fear is like a slow death, taking away the life of everyday. I can’t give it that power anymore. God has too much in store for each of us. __-Carolyn H. __