I don't feel safe in my own country

“Don’t let him play with us. Remember Mommy said to stay away from him.” I was only five years old when I heard those words uttered by one of my classmates on the playground at preschool during a baseball game.

Questions ran through my head. What’s wrong with me? I’m a normal kid, I think. I like to play catch like most kids my age. Is my arm too weak? Am I not dressed the right way? Are there too many people already playing?

Little did we know that interaction was fostering biases in both of us that would affect us for the rest of our lives. Well, at least mine.

Hi. My name is Malcolm Henderson, and I am a 26-year-old black man. Why did I call out my race? Keep reading.

I wish I could say that baseball game was the last time my complexion caused an issue for me. I grew up in Louisville, Kentucky, a pretty diverse city compared to most. My family was like the Huxtables, we were the one successful black family in the suburbs wherever we moved. Initially, living around people who didn’t look like me wasn’t a huge deal. We still went to an all-black Baptist church, so I had drops of diversity sprinkled throughout my life.

It wasn’t until high school that I realized that just by my physical appearance, I intimidated some people and gave them a reason to treat me differently. Like one beautiful summer day during my freshman year, when school was out and so was the sun. I decided to take a two-mile walk to Kroger. Why? Because I’m an only child and that’s what only children do. With all of the steep hills in my neighborhood, walking seemed better than biking at the time. Eventually, I made it to Kroger and walked in with my drawstring backpack. My mom had asked me to pick up a few toiletries—soap, lotion, Q-Tips, you get the idea. But being the forgetful kid I was, I picked up the bottle of lotion and quickly realized I had walked two miles without my wallet. Classic, right? I walked down a couple more aisles, placed the bottle of lotion down in a random spot, and headed for the door. I got about halfway out of the parking lot when two prevention loss employees approached me.

“Thought you’d get away with that, huh?” One of them said.
“What do you mean, sir?” (Growing up in a Christian, military household, manners were a must.)
“Don’t play dumb. We saw you steal that bottle of lotion! You people are always stealing sh*t from this store.”
“I promise, sir, I didn’t. I put it down in another aisle. I can show you where I placed it.”

In the longest three minutes of my life. I was “Malcolm in the Middle” between two white men who had their hands on both of my shoulders, gripping me tightly. Shaking, I walked through the store trying not to forget where I placed the lotion and praying that it was still there. I eventually got to the aisle and showed them where I put the bottle.

It was the only thing they said to me, and then they walked away.

I ran out of the store and literally cried the entire walk home.

So many emotions were going through my mind and body: anger, confusion, fear. Why were they so mean to me? Why did they assume I stole the lotion? I got home and asked my mom those exact same questions. She realized it was time to have the dreaded but very necessary “black talk.” She explained the difficult history of black and white people in America. How despite slavery being abolished and the progress our nation made through the Civil Rights era, racism, discrimination, prejudice, biases, and hate still exist on both sides. It was from that moment forward that I started to become very aware of how my race affected my daily life.

I started to notice that depending on the time of day, where I was, what I was doing, and what I was wearing, people treated me differently. People followed me in stores while I was shopping, gripped their belongings if I was walking behind them, or gave me awkward stares when I walked into certain places. Could I have been over-analyzing these situations? Possibly. But I think it’s fair to say that being a six foot, 185-pound black man in a predominately affluent white area made some people a little uncomfortable.

But why? Thinking back to that playground moment, I have realized it is a part of how we have been conditioned as humans. It’s based on what we’re taught, perceptions and understanding of what we’ve seen, and what we’ve experienced. None of it is our fault, but we do have the opportunity and the responsibility to change it.

Fast-forward 12 years from that Kroger tragedy of 2006. Racism today has changed dramatically in our current political climate. It seems that not only are we still conditioned to have those biases and hate, but we have also been given the permission and have the ‘right’ to act on them as well. Within the past two years, I have received even more awkward stares than normal. The difference in these scowls is that they now have a very obvious look of disgust, judgment, and hate. It may have something to do with the fact that I’m now married to a white woman, and we live in Northern Kentucky. Even though our parents are huge fans of our marriage, not everyone shares that sentiment.

Could I be over-analyzing these situations again? Maybe. But getting the evil-eye is now accompanied with hateful comments (all said when I’m out with my wife, Erin):

“You two are bold coming in here together.”
“I wonder what her parents think about her being with a monkey.”
“You’re ruining the pure and perfect race.”
“All of these ni**ers keep taking our good women.”

Yes, people have actually said these directly to us, or loud enough for us to hear—and yes, these have all been in the 21st century. Shocking, I know. It seems that the same misunderstanding and fear that caused people to treat me differently over 10 years ago has shifted to hostility and aggression.

I went from feeling like I was the cause of fear for some to where I don’t feel safe myself.

I’m an American, and I don’t feel safe in my own country. Between the current racial climate I see in the media and my personal interactions with other people, some days I feel like I’m one interaction away from being the next hashtag.

It’s easy for me to think about these situations and quickly put all people in a certain category. I have also realized that is the same exact thing I wish people wouldn’t do to me. Instead of quickly going to anger, what I have found to be most effective is quite the opposite. I believe that because most of the hate I’ve experienced stems from the fear and misunderstanding I mentioned earlier, I have an awesome opportunity to change racism today.

How, Malcolm? You’re only one person. Great question. Instead of looking at those interactions as potential altercations and having my guard up, I try to see them as opportunities for me to change perceptions. If someone has been conditioned to dislike me based on the color of my skin, the only thing that will change that is something they experience that goes against their conditioning.

Can I say that my heart still doesn’t beat fast every time I get pulled over? No, but despite thinking that I don’t feel safe(irrational or not), I choose to show those officers a glimpse of Jesus during our interaction. That looks like believing the best about them instead of assuming the worst, treating them with the utmost respect, thanking them for their service, and trying to find common ground. I regularly have to ask myself, “Malcolm, do you want to be right or do you want to be better—?” I have to continually fight my human condition to want to be right (individually) and replace it with Jesus’ condition to want us to be better (collectively). It isn’t easy, but Jesus doesn’t call us only to do things that are.

So what can everyone do?

We can all be intentional about surrounding ourselves and learning from people who don’t look like us.

Why would that help? Because when we do that, we have no choice but to gain empathy. We learn that people have different upbringings, face various obstacles, and have opposite points of view. The surprising but beautiful thing is that we also discover we have more in common than we realize.

I challenge you to have a cup of coffee with someone who doesn’t look like you and bring up a hot topic like kneeling during the national anthem, law enforcement and black men, etc. Did those examples of racism today make you uncomfortable? I wouldn’t blame you if they did. But I have personally sought out these conversations, and on the other side of them is more growth and bonding than I ever thought possible.

Heaven is going to be filled with tons of people who don’t look like me, and I can’t wait for that! I’m also going to do everything I can to reflect that here on Earth. Join me in the six steps below this week.

Find that person.
Set up the coffee date.
Bring up the hot topic.
Listen to understand, not to respond.
Watch Jesus show up.
Repeat. 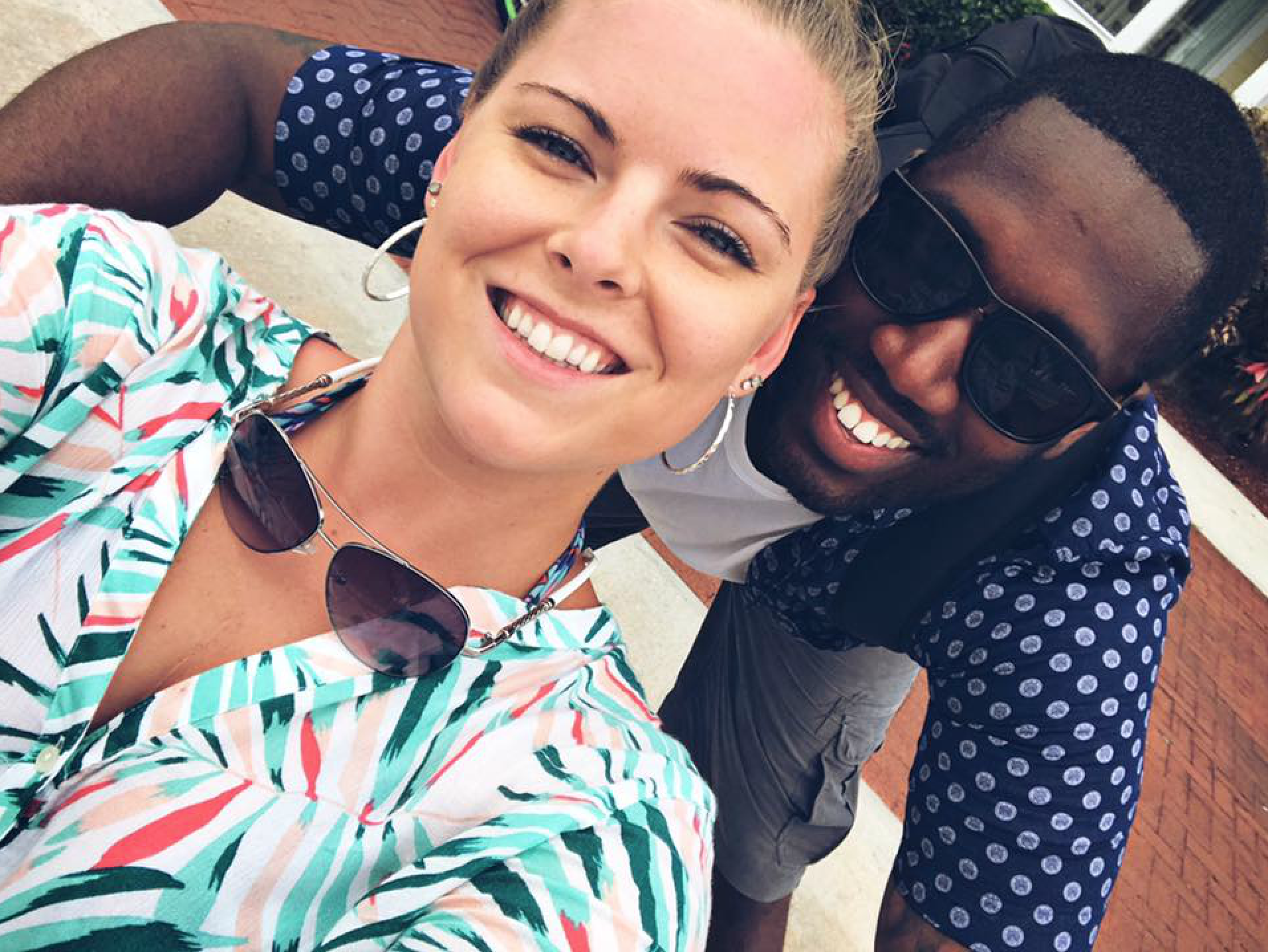 MY SUPER BOWL GIFT TO YOU

THE BIBLE DRIVES ME CRAZY. HOW ABOUT YOU?