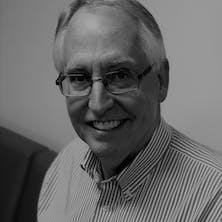 God helped me find my purpose through my son's incarceration

I have lived in Mason for 18 years. During that time my wife and I were searching for a church that met our needs and simply couldn’t find the type of church we enjoyed for years in Montgomery. In 2015, I took my wife to the Super Bowl of Preaching at Crossroads Mason. It was the first time she had experienced a Crossroads service. She turned to me and said, ‘What kind of church is this?’ We decided to attend another service and over time attended more services and began to get more involved.

In 2016, my son started to experience deep depression and anxiety. A series of events led him to be picked up by the police, and he was incarcerated in 2017. My wife and I felt a lot of emotions and became very isolated, only going to work. We were not attending church regularly but got involved with the Families With Incarcerated Loved Ones, a small group that met at Crossroads. We met people who were going through similar experiences. These folks were part of the local community and were experiencing the same isolation, grief, embarrassment, etc. The group meets once a month. After a couple of meetings we felt comfortable discussing our personal tragedy, the hurt and pain we were experiencing. Having an incarcerated loved one happens to a lot more people than we were aware of. This group gave us hope and courage to resume activities in our community that were routine until we went through this experience.

My neighbor asked me to get involved with City Gospel Mission. I took a training program and then assisted in classes teaching men who had been recently released from prison basic life skills. I started to mentor these men through this program and began to build relationships with them. These relationships were incredibly rewarding and I began to find my purpose. I subsequently got involved with The Four Seven Prison Ministry. Through The Four-Seven Ministry I found out that Crossroads was having services and group meetings in Ohio prisons. I joined the group that met weekly in the Lebanon Correctional Institute Chapel. It was extremely challenging to enter a prison, walk the halls and go through the many locking gates. These weekly meetings showed me that God was everywhere including the prisons. I began to form closer connections with the LeCI residents and with God. I found purpose!

Shortly after the pandemic began I was asked by The Four Seven to work with returning citizens (formerly incarcerated) to help them successfully transition back into our local communities. I now work with individuals who are released and need mentoring & community support. One of the most beautiful scenes was taking a formerly incarcerated individual to service at Crossroads Oakley. I found my true purpose, God’s plan.

When my son was released from prison, he was in a halfway house. He received a four-hour pass and we decided to pick him up and take him to Crossroads. At the end of the services, we went to the information center and my son asked about groups. My son mentioned that he had been recently released from prison to a halfway house. The man at the information center said that he ran a drug addiction recovery program. I could not believe what a great connection that was formed. In our second visit to Crossroads (with our loved one) we were walking out with the mass of folks and like magic Pastor Tim walked up and introduced himself to us. He personally took immediate interest in my son. Truly God performed a miracle that day. My son has now been out for almost 2 years. He is doing incredibly well. There have been extremely hard moments with a lot of pain, but I have been able to see so much good come out of my experiences. I found my purpose! __- Bob N. __