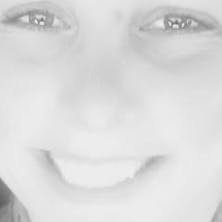 God gave me a dog to save my life

I got my dog Harley in 2016 when I was attending Ohio State University. It was just me and her, but I was at the lowest point I have ever been.

One night was so bad that I had pills I was going to take. Harley was too little at the time to reach the bed, but somehow she got up to where I was laying and crying. She snuggled up behind me in the way she always does and we both fell asleep. When I woke up, I told my family I needed to move back to Cincinnati and I haven’t had suicidal thoughts since.

Recently, when I was praying, I pictured Jesus coming toward me and giving me a big hug while Harley was next to me. Jesus didn’t say anything, but I was holding my Bible in my hands and asked if He would bless it for me. He took it from me and was just holding it for me. Then, I asked him if he gave me Harley. He gave me back my Bible, took Harley’s head in his hands, smiled at me, and left.

After I was praying, I had tossed my Bible aside. When I came back later, I saw that it had fallen open to James 1:17, which says, “every good and perfect gift is from above.” I could just be reaching because it’s still weird to me seeing Jesus’ presence in my life, but at that moment after prayer and still now it confirmed to me that God works in ways least expected and opens your eyes to the past on when he was there even when your relationship with him wasn’t the strongest. -Ashley S.