MAN CAMP:
WHY DO I WANT TO BE A PART OF THIS MACHO CRAP? 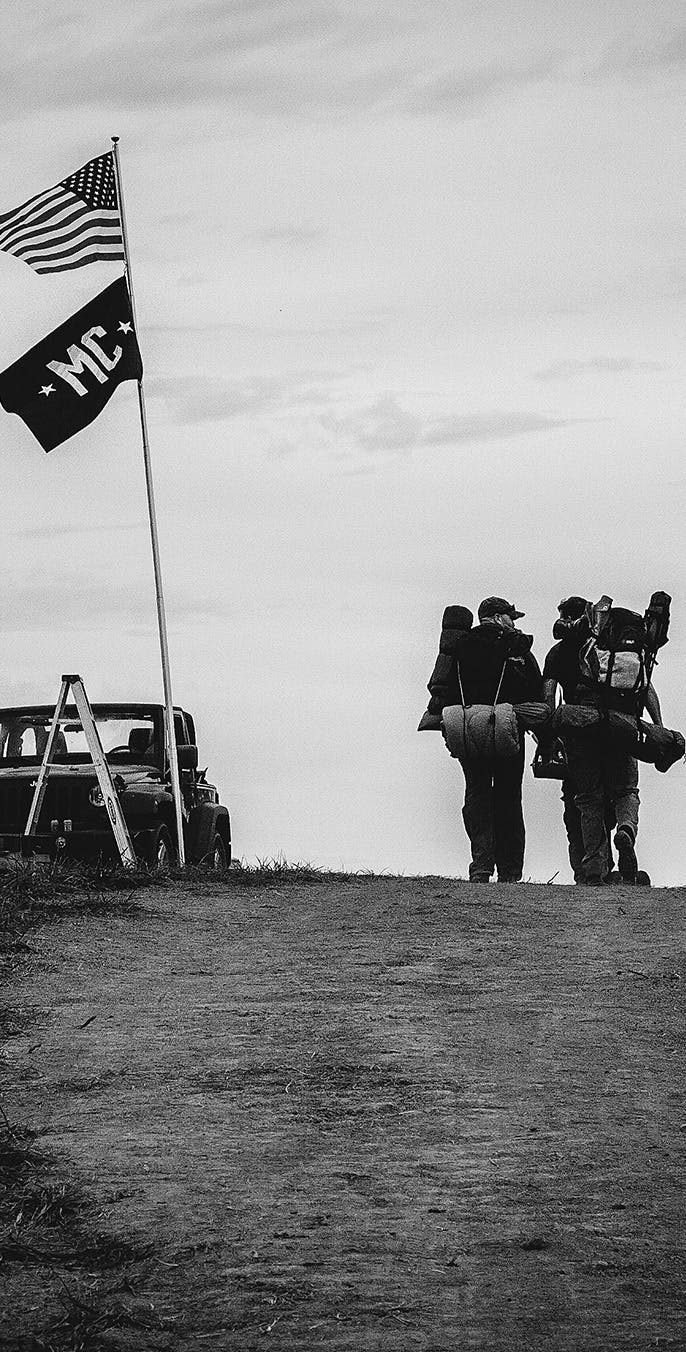 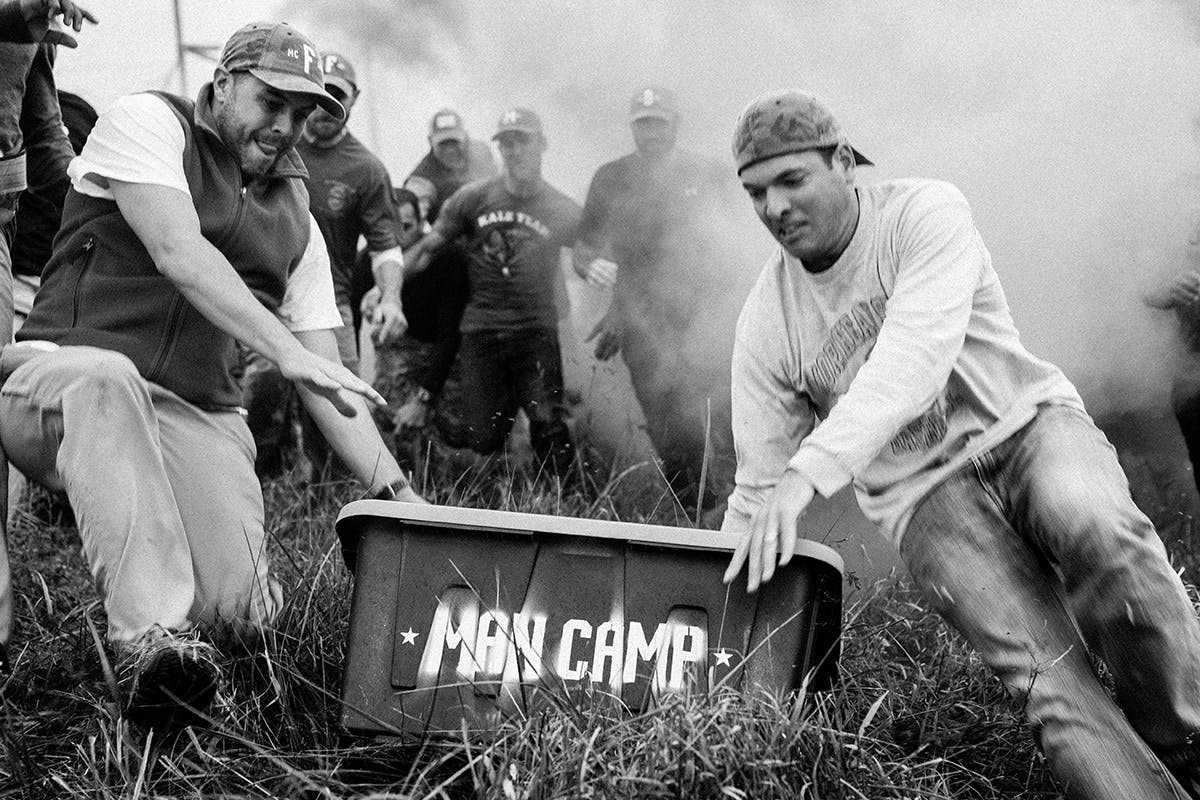 So, you're sure if you hear another word about manliness or chopping wood or arm wrestling you're gonna puke, right? Me too. For me, MAN CAMP didn’t start with any of that stuff. It had nothing to do with the 'Bro Code' or bare-knuckle fighting. In fact, it didn’t even start with camping at all.

Rewind a few years, and my life was pretty great by a lot of standards. I had a great wife. Owned my own business. Had plenty of buddies. I even had a big house in a fancy neighborhood with a convertible sports car and a motorcycle in the garage. But I was empty. Faith wasn’t a part of my story growing up, but my wife had been raised differently. She took me “church shopping,” and after years of bouncing around we landed at Crossroads. Oddly enough, I felt at home there. It felt authentic and welcoming and I started to understand the depth of my emptiness. I got a sense of the edges of it, and that I didn't have to live with it.

Before your butthole clenches thinking about some mamby-pamby church retreat, let me assure you: this isn't a ‘sit-and-get’ where mediocre content is served up to a bunch of pallid, paunch-bellied, castrated Christians.

Eventually, she convinced me to go on a mission trip. That’s where everything started to come together. On that trip I met some great men. I expected your standard Ned Flanders type, but instead I met guys like Craig and Robbie. Interesting guys. Compelling guys. Guys who loved Jesus, but guys that I’d actually want to have a beer with.
As I kept stumbling towards God, I also started building authentic, deep relationships with some of these guys. We started meeting regularly to have real talk about faith and our lives. The good stuff and the bad. The really real (and the ridiculous). We formed a brotherhood. A tribe. We talked about infidelity, temptations, kids and problems at work. I found support and guidance instead of judgement. We each brought our real and whole selves. No shields. No falseness. No BS. It was amazing. It was Holy.

Eventually a few of us stumbled onto adventure riding, which is basically bike-packing. We ride giant motorcycles over mountains, off-road, camping the whole way. Living off the bikes. We discovered that challenge is just as important to growth as having great God centered pals. Your challenge may be running a marathon or raising your kids by biblical standards, but trust me - If you're challenging yourself, you're growing.

MAN CAMP was born from all of that. God, great dudes, and challenge (some context on that inside this brief video). We looked at each other around a sodden, half-frozen fire one icy November morning down in a soupy bog in Eastern Kentucky. Chilled to the bone and sore from a long day of trail riding, we thought, “This is so great! We have to share this!” As it happens, even cold misery is enjoyable when you've got good pals. I'm not talking about awful drinking buddies who listen to you complain about your wife without calling you out. I'm talking about real pals, like from the seminal 80s flick Young Guns.

It turns out that over the top machismo and an emphasis on oversimplified manliness is more of a mechanism than an ethos at MAN CAMP. Sure, we camp out. We chop wood. We arm wrestle and drink beer. (That's all pretty great, too!) But it turns out, being a man has nothing to do with what sport you played in high school, how much you can bench, or how many guns you own.

We also center the entire thing on Jesus. Before your butthole clenches thinking about some mamby-pamby church retreat, let me assure you: this isn't a ‘sit-and-get’ where mediocre content is served up to a bunch of pallid, paunch-bellied, castrated Christians. MAN CAMP is an active, shared adventure. Every man is expected to come and participate. To get his hands dirty and to be real. To overcome obstacles and take new ground. None of that is possible, or meaningful, without Jesus at its core.

We allow men to be men. Heck, we even celebrate that. Again, I'm not talking about truck-nutz and jock jams. I'm talking about being OK in your own skin and celebrating brotherhood. Not living up to some screwed-up social construct perpetuated by terrible movies and advertising whose goal is to make you think six pack abs, scads of babes and stacks of cash are the pinnacle of maleness. You just get to come and be you. Trust me, you're not the only guy considering MC who also enjoys musical theater. Shoot, one of my best friends is nearly obsessed with it. And he's awesome. (Nothing against musical theater, I just can't wrap my head around it.)

I've been a part of this whole MC thing since the beginning and I've witnessed first-hand the incredible things God has done through the super simplistic experience we set up. It's really all just a way to clear away the noise and distraction of everyday life and make some space for you (just you) and God. He shows up every single time. Thousands upon thousands of men have been profoundly and irrevocably changed. That's not the result of camping, or chopping wood, or beer drinking. That's God working in men’s hearts. That's the power of the Holy Spirit. As far out as that might sound, let me tell you: that's the really real, man.

If you're considering going to MAN CAMP but you're not quite sure why the hell you'd want to, if my gentle encouragement and explanation above hasn't moved you, and if you need some more depth: read the stories in here. They're powerful accounts of what MC has meant to the men who wrote them.

If those stories can't convince you, the problem is in the mirror, my friend.

See you out there,
Judd 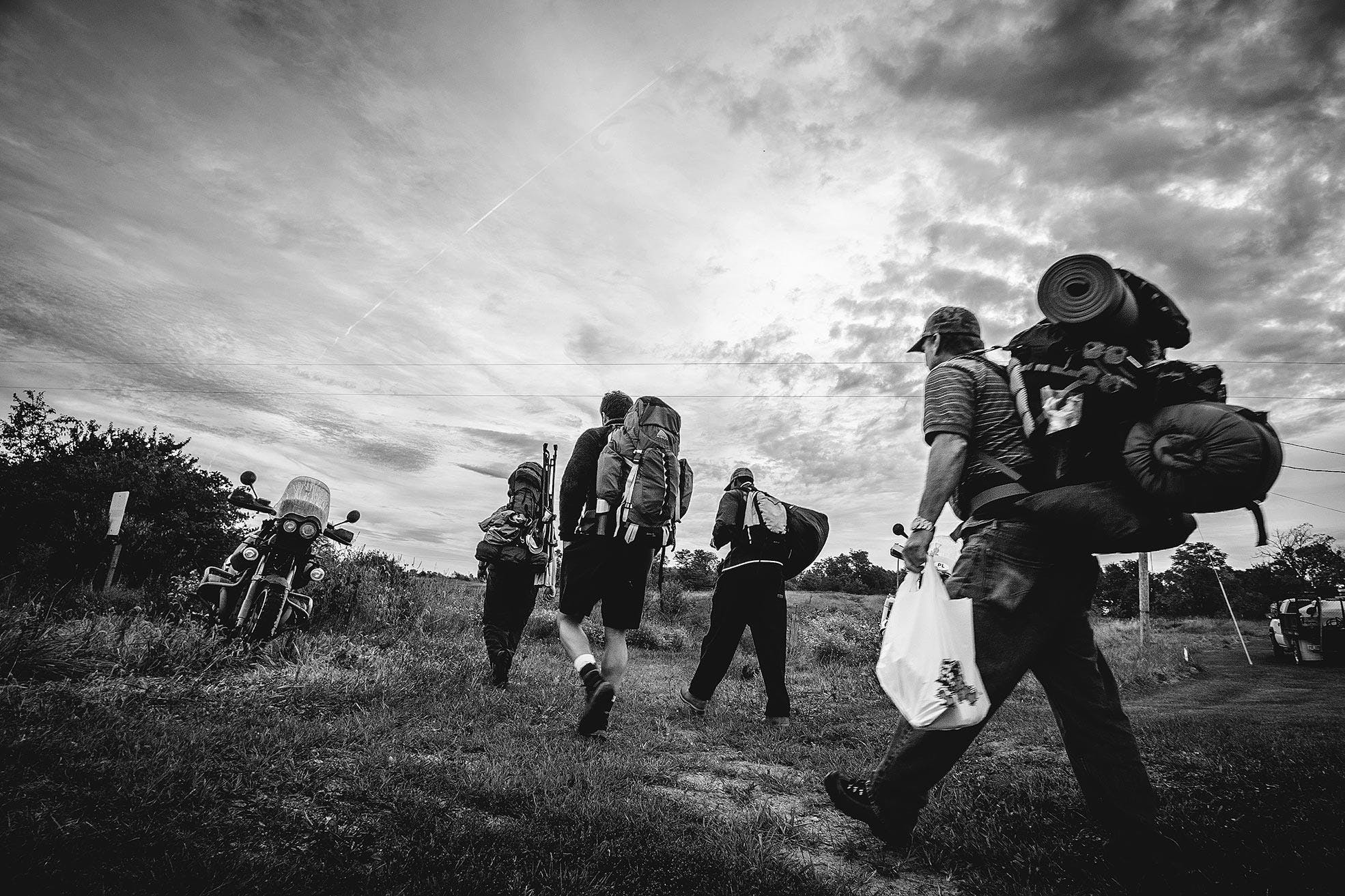 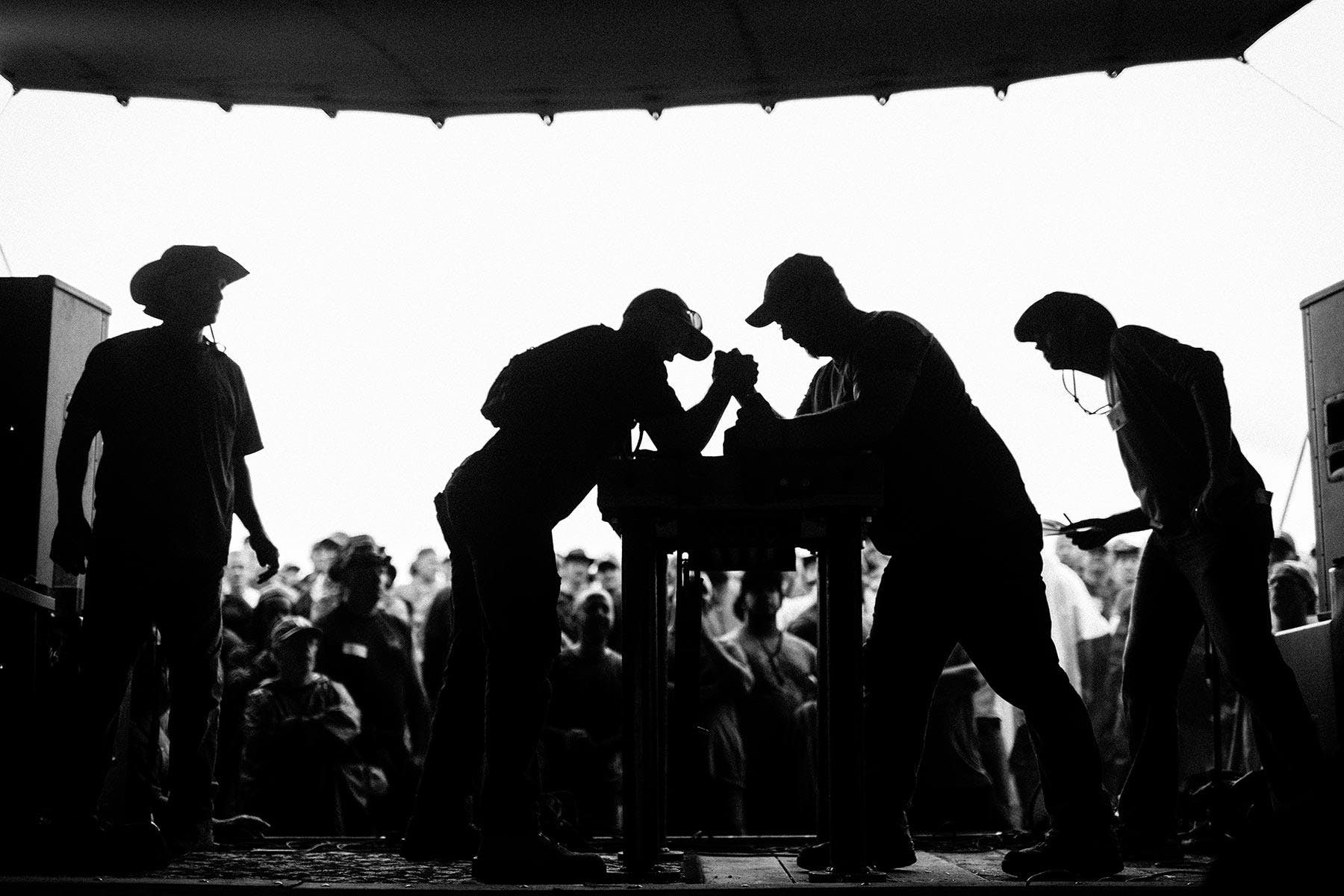 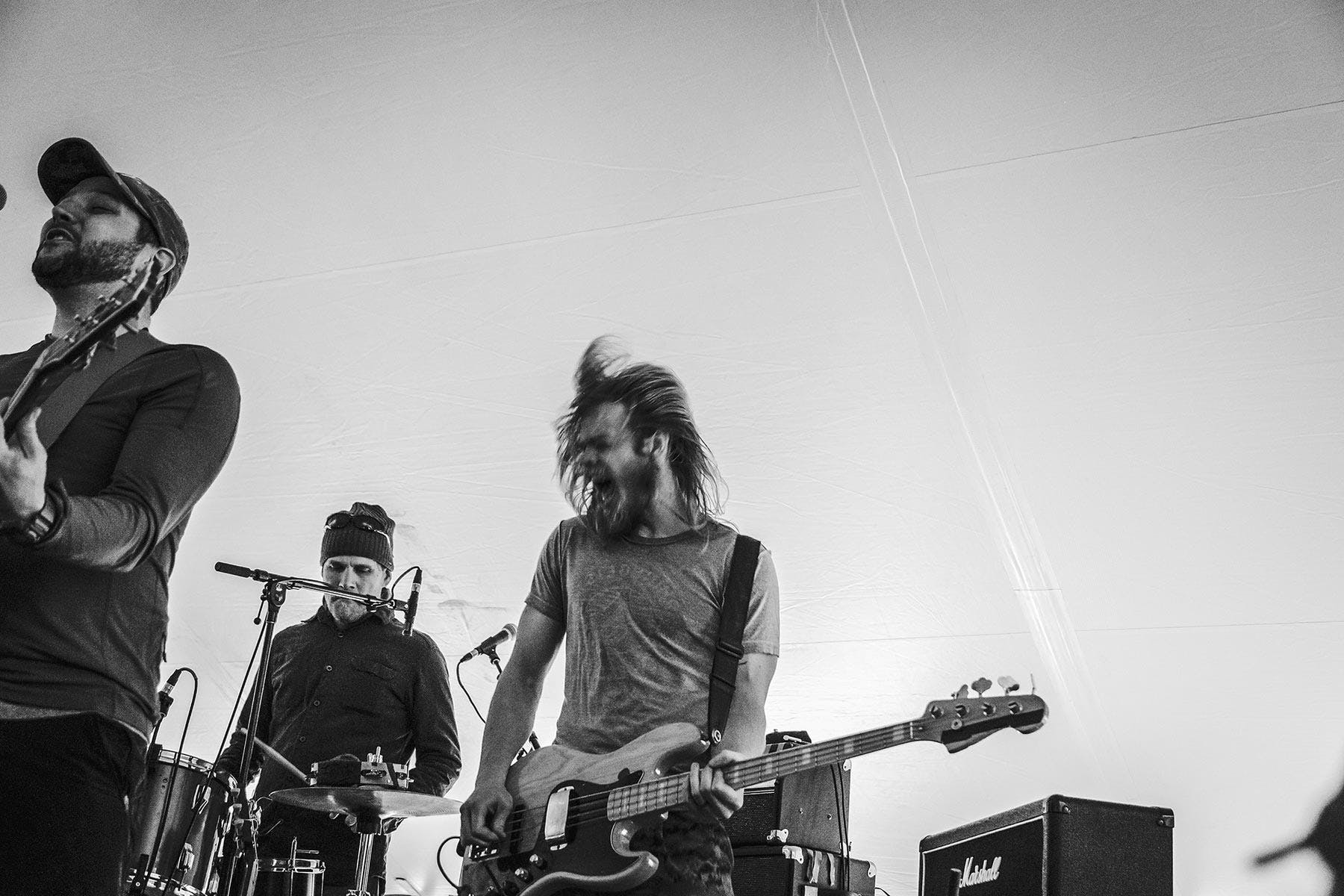