MCX Warning,
it's Gonna be Hard

MAN CAMP has gotten soft. Like that part of your belly that hangs out over your belt. That ends now.

I sat down with some of the men who have dedicated themselves to serving the mission of MAN CAMP the other night. We reminisced about the incredible things we’ve seen come out of MC and laughed about all the fun we’ve had doing them. We discussed how great it is that we are heading into our tenth MAN CAMP. (Hence the name MCX.) To watch God take something that started so simply, hosting 500 brave men with 50 Trip Captains, a handful of MASH and HQ and a single lone MEDIC grow into something that nearly 13,000 men have experienced over the last 4 years is just humbling. To all of you who have attended, thank you. To those that have also served, well done. We’re just getting started.

As we sat together, celebrating and reminiscing, we started to recognize something. MAN CAMP has gotten too easy. It is still an amazing experience but it is a far cry from the wildness and risk of the first few. At the first MC we had 15 degree overnight temps and 8 inches of snow. At the third and fourth, the hike in was on a goat path dubbed the “Trail of Tears”. At the fifth, we climbed “Heartbreak Hill”. Men have rucked up steep hillsides over rocks, through snow and thick mud, barely able to haul themselves into camp. Ecstatic to have actually made it. Now we have guys walking in on a flat gravel road with their little red wagons loaded with Yeti coolers and craft beers, smoking cigarettes. Guys pack like they’re taking their kids to a weekend at Disney.

Don’t get me wrong, I am a big fan of craft beers and smokey treats. But you know what fellas? We’re made for more than that. MAN CAMP ain’t Disneyland. Last spring we introduced the “Gauntlet”, a chance for men to choose courage over complacency and ruck their gear through the woods over hills and streams. It was awesome and the majority of men chose that path over the easy gravel road. Unfortunately, at the fall MC, most did not. To those men I want to apologize. We let you down. Just like our modern world, we made it too easy to choose complacency. We live in a world where you can order toilet paper with your voice while sitting on the crapper (I’ve done it, it's amazing). We can avoid tough conversations by leaving someone on read instead of answering the phone. We can take a pill when our blood pressure gets too high instead of getting our lazy asses off the couch. Our world wants us soft. Our world wants us weak. Our world wants us complacent. God wants more for us than that. I want more for us than that. MAN CAMP is about challenging yourself so that you get to a new place.

Most of us struggle with the tension between complacency and challenge. Hell, left to my own base instincts I would become the embodiment of the people in Wall-E. But you know what? That sucks. We were made for so much more. The key to unlocking our potential is to push against comfort and complacency. To rage against. To deny its grip on us. To choose challenge.

About 7 years ago I ended up on a 10 day off road adventure motorcycle trip with some guys that I didn’t really know. That’s right, I somehow (mostly accidentally) ended up going to Wyoming to ride the continental divide with 4 guys who were all best pals but almost total strangers to me, on nothing that even came close to being a road, camping every night. I had never ridden a motorcycle off road. I had never actually camped. I was the odd man out. And I wrecked, A LOT. I wrecked so many times they got sick of making fun of me. You want challenge? Pick up a 700 lb motorcycle 10 or so times a day for 10 days straight. I don’t care if you’re physically able to do that, your ego is going to take some hits. I came back home and within moments of walking in the door my wife of then 16 years looked at me and said, “you’re different”. She saw something in me that took me a while to figure out. That trip, that challenge, the act of facing it and overcoming it, had materially and irrevocably changed who I was as a man. I wouldn’t have chosen that trip in a million years. I was more of what my dad would call an “air-conditioned baby”. I preferred dinner at Ruby’s and a stay at the Waldorf over dehydrated food and a Thermarest.

I am so thankful God put me on that trip. (And make no mistake, He did.). I found that I hungered for challenge. I needed it. Since then I have oriented my life around making those types of trips an annual rhythm. I prioritize them. I do a two or three every year. I even take my wife on them, and she freaking loves them. MAN CAMP was born from those trips. They are a part of the DNA of the whole thing. It is supposed to be challenging. Facing a challenge and overcoming it is critical to unlocking who God designed you to be. God wants that for you. He apparently wants it so much that he chose it for us when we didn’t choose it for ourselves. Remember all those guys I mentioned who skipped the Gauntlet at the last MC? Well, He sent us a baby freaking tornado just to amp it up! The MASH tent was destroyed. Campfires looked like blowtorches. Tents were being flattened and guys were ducking for cover. Some guys even gave up and left. It was rough. It was awesome! I want that for you, too. So we’re going back to basics.

This next MAN CAMP, MCX, is going to be all about challenge that will help you get to a new place. And it is going to be hard. So much so that you need to count the cost before opting in. If you’ve already gotten a ticket, pay attention. I won’t go into too much detail but I can tell you this; from the hike, to the games, to the content and music. We’re leaning heavily into challenge. You’re going to have to push yourself. You might not think you can do it. I am here to tell you that, YES YOU CAN!! Maybe you can’t ruck an 80 pound pack down a steep wooded trail as fast as that young dude next to you. Hell, maybe you can’t hike a wooded trail with your gear at all. But guess what, you won’t be doing it alone. You’ll be surrounded by a band of brothers all intent on the same objective, facing the same obstacles. You’ll be with your tribe. We’ll have your back. You cannot fail. That easy gravel road will still be an option, but you’ll have to work your ass off to choose it. The gauntlet will be filled with the sounds of men working hard as a team to reach their objective and camp will be filled with the sounds of men who have just tasted victory. It will be glorious.

See you out there (and seriously don’t bring your wagon),
Judd 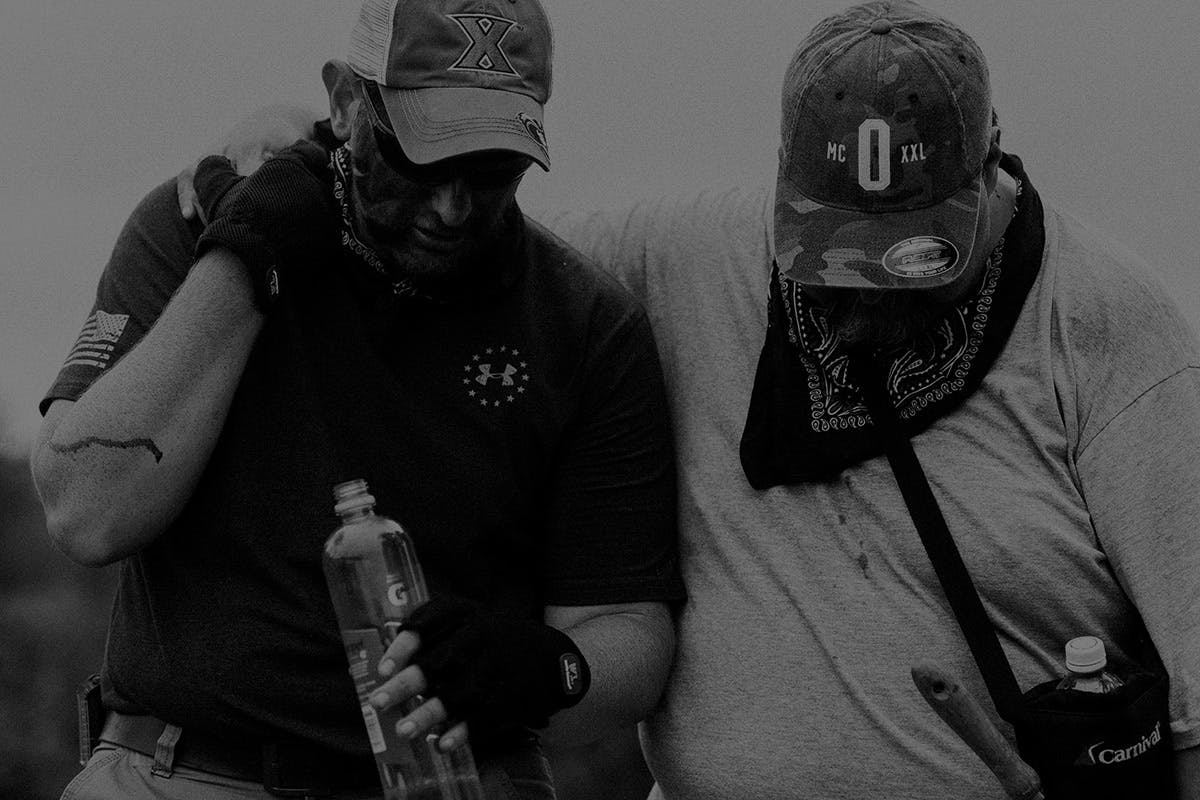 MAN CAMP: WHY YOUR BUDDY NEEDS IT?

5. He’s exhausted. The world grinds us down and leaves us for dead. We feel pressure from all sides: our jobs, our girlfriends, our wives (hopefully one or the other), our kids...I’ll bet your buddy secretly feels like he’s bearing the weight of the world on his shoulders....
Continue reading